A Tribute to those who Served 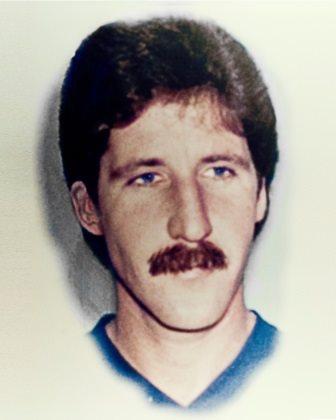 Richard Rudy Raczkoski, known as “Raz” by his family and friends, was born October 30, 1956, in Tampa, Florida to Rudy and Marion Raczkoski. Richard was the oldest of two sons. Raz was joined by a younger brother, Marc Richard Raczkoski in 1963.

Raz's interest in law enforcement was sparked by friendships he developed with two Florida Highway Patrol officers while working for the Florida Turnpike System in Fort Pierce. Richard was not the first law enforcement officer in the family. His mother's father, Richard's grandfather, was a motorcycle policeman in Glen Falls, New York.

In 1979 Raz began his 8 year-law enforcement career. Raz was employed by the St. Lucie County Sheriff's Office from January 1979 to July 1981. While at the St. Lucie County Sheriff's Office, Richard was a Jail Corporal, and an Auxiliary Patrolman. Richard received a commendation for an incident where a prisoner escaped and he went after him on foot, recaptured and returned the escapee to prison.

During Richard's career he had the following training:

Richard was pursuing courses and training to help him move toward the criminal investigations area of law enforcement.

Richard had many varied interests. He enjoyed motorcycles, auto mechanics, boats, fishing and was a certified scuba diver. In addition to working as a deputy and continuing his training, he also worked with his dad painting houses.

Richard has a surviving son, Matthew, who was born after his death. Matthew lives in South Carolina with his mother, Brenda Schurman.

On May 3, 1987, at a special medal of Valor Presentation Dinner, Corporal Richard Rudy Raczkoski was posthumously awarded a Medal of Valor by the International Police Association for his dedication and act of bravery as a law enforcement officer.

I never dreamed it would be me,
my name for all eternity
Recorded here at this hallowed place,
alas my name, no more my face
“In the line of Duty” I hear them say
my family now the price to pay
My folded flag stained with their tears,
we only had those few short years
The badge no longer on my chest,
I sleep now in eternal rest
My sword I pass to those behind,
and pray they keep this thought in mind
I never dreamed it would be me,
and on my heavy heart and bended knee
I ask for all those here from the past,
Dear God, let my name be the last